The 1969 Vietnam Draft Lottery: 90 Minutes that Changed Half a Million Lives

Listen to the Podcast:

Being born on September 14th isn't of much consequence in today's world. It's just one of the random 365 possible dates of birth in any given year. But… in 1969, this accident of birth was - depending on one's point of view - lucky, worrisome or downright horrifying.

On December 1, 1969, you see, the United States Selective Service System held its first draft lottery for Vietnam. Or, as Richard Nixon called it,  "random selection." As millions of Americans watched on television, the first capsule was drawn from a glass jar. The date inside that capsule: September 14th.

A second lottery was held that same night, but rather than birth dates this one determined surnames. The first letter drawn was "J."

Hundreds of thousands of young American men breathed a sigh of relief. But not Scott Jenkins, born September 14, 1949. For him the drawing was like someone tapping him on the shoulder and saying, "Welcome to the Army, son. You're going to Vietnam."

In America, the draft (or conscription) was first used during the Revolutionary War. It was reinstituted during the Civil War, both World Wars, Korea and, of course, Vietnam. In a nutshell, the purpose of the draft is to correct the deficit left when there are more vacancies in the Armed Services than there are volunteers. The draft has always been a source of conflict, though, particularly during the Civil War when the practice of "substitution" was allowed. Unfortunately, it was an option often exercised by the well-to-do, and the simmering resentment of the practice led to rioting.

In 1968, Richard Milhouse Nixon ran for president on the slogan, "peace with honor." He promised to end the unpopular Vietnam war. Although President Lyndon B. Johnson dropped out of race, in the months leading up to the election he had been working to negotiate a truce. To this day, there is speculation that Nixon covertly interfered and encouraged the North Vietnamese to pull out of the talks so that he, if elected, could end the war.

By the time of Nixon's election, many were suspicious of the Selective Service System. As during the Civil War, it seemed that young men from upper class families were less likely to be drafted. Nixon sought to rectify this injustice by bringing back the "lottery" system of the draft last used in World War II. Its random nature would ensure, Nixon promised, that all young men were equally eligible for conscription. The first such draft lottery was scheduled for December 1, 1969. It was, for families that included young men between the ages of 19 and 26, like some terrifying reality TV show.

The draft "ceremony" started at 8 p.m. and was expected to end at 10. Members of the Selective Service Youth Advisory Board were brought to Washington DC for the event, and it was only when they were paraded before the cameras in groups of eight that they learned their real roles: they would draw the plastic capsules containing the birth dates.

There were 366 capsules in total (the extra to accommodate leap year). They were placed in a glass jar, two feet high and 16" inches in diameter. Hanging behind the table holding the glass jar was a large board displaying the numbers 1 through 366.

At 8 p.m., with very little fanfare, New York Congressman Alexander Pirnie pulled the first capsule. It contained the birth date September 14. That slip of paper was then affixed to the board, beside position number 1. The odds that young men born on this day between the years 1944 and 1950 would - without some form of deferment - be shipped to Vietnam were 100%.

The United States expected a volunteer enrollment of 290,000 for 1970 which left a deficit of nearly 260,000 required military personnel. This meant that, at the very least, men with the first 122 birth dates pulled would be drafted.

Those with the 122 birth dates chosen midway through the draft would suffer the chronic uncertainty of never knowing if or when their numbers would be called.

Several of the Selective Service Youth Advisory Board members were angry about their surprise roles in the draft. One, John R. Lyne, flashed a peace sign before reaching into the jar. Another walked up to the capsules, but then turned away - refusing to participate in the lottery.

Families watching at home felt mixed emotions. Some were happy that their sons would join the military. Others were angry and frightened to see their son's birth date listed among the first on the board. Still others felt enormous relief - mixed with the guilt of knowing that another family would soon be saying goodbye to its son, or cousin, or brother.

As it turned out, the drawing ended well before 10 p.m. In the end it took less than 90 minutes to change the lives of nearly half a million young men.

For most Americans, the draft only served to fuel more vehement opposition to the Vietnam war. Still, the fighting continued and during some months as many as 40,000 men were conscripted.

By June of 1972, Nixon was promising that he would end the draft. It was one of the biggest reasons he was re-elected, just five months later.

Shortly after the start of his second term, the Paris Peace Accords resulted in an official cease fire that allowed for the removal of remaining American troops.

In the minds of most, 58,318 American lives had been lost for absolutely nothing.

In all, 2,709,918 U.S. military personnel served in the Vietnam conflict. Though exact figures are nearly impossible to ascertain, estimates of total deaths - including allies and enemy combatants - stands at anywhere from 1.3 to 4.2 million.

If you think that the draft is just a relic of history, think again. All young American men, within 30 days of their 18th birthday, must register with the Selective Service System. If authorized by Congress and the President, that glass jar might yet again be hauled out of its storage closet and filled with plastic capsules.

What do you think YOUR number might be…? SH

For more information on Stephanie's podcast, books and personal appearances, visit this page of her website.

Thanks for the Pod Love

Yesterday I released the 14th episode of my podcast, Stephanie Hoover Has That Story. Each week brings more and more listeners, and I could not be more thrilled or appreciative.

The decision to create my own podcast was months in the making. Friends, family members and fans who turned out at my personal appearances all urged me to take the leap. But "putting yourself out there" for a two-hour talk is a little different from doing it with a digital audio file that will live on the internet forever. As you can see, though, those fears didn't stop me.

So... here I am, 14 weeks in, and - to be honest - loving every minute of it. And all of you who listen to the podcast each week are the real reason for the success of the show.

If I could, I would visit each one of you to thank you personally. Since that's impossible - and a little "stalker-ish" - you'll have to settle for a blog post group thank you. Trust me, my appreciation couldn't be more heartfelt either way.

Sappy thoughts aside... if you've caught the political fever from this month's two major party conventions, perhaps you're also interested in U.S. political history. It is with that mindset that I produced my episode on the 1934 Kelayres Massacre, one of the bloodiest political chapters in American history. Five men were killed, and 26 men, women and children were injured. Why? Because a nepotistic Republican party boss in a small Pennsylvania mining town realized he was losing power - and he took his frustration out on a group of unarmed Democrat parade marchers.

There are two shocking truths about this case: the first is that very few people knew about this incident before I wrote the book, The Kelayres Massacre: Politics and Murder in Pennsylvania's Anthracite Coal County; and the second is that the political climate of the 1930s is disturbingly similar to ours today. Hopefully, the more people that hear the story, the lesser the chance of such carnage ever happening again.

After you listen to the Kelayres Massacre episode, perhaps you'll listen to my other shows. Recent topics include Rose Mackenberg (Harry Houdini's "right hand woman"), the Pennsylvania Hex Murders and Six Things You Don't Know about the Kennedy Assassination. Visit StephanieHoover.com for all of the links and details.

In the meantime, here is the story of the Kelayres Massacre:

Will Gatsby Still be "Great" When Its Copyright Expires?

The Great Gatsby is and, at least in my view, will likely remain the greatest American novel ever written. And so, I am terrified what will happen to it on January 1, 2021 when its copyright expires.
I'm even less excited about this news: four days after that copyright expires, a book by Michael Farris Smith will release. It's called Nick and it's a prequel to the great, Great Gatsby.
I'm not sure if this is an supreme act of hubris, or if this author thinks he can actually capture Fitzgerald's essence. I'm already disappointed by the cover, which is simply a slightly altered knockoff of the original. Hopefully the writing will be more imaginative than the book's dust jacket.
We'll find out in January. 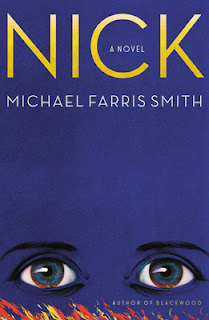